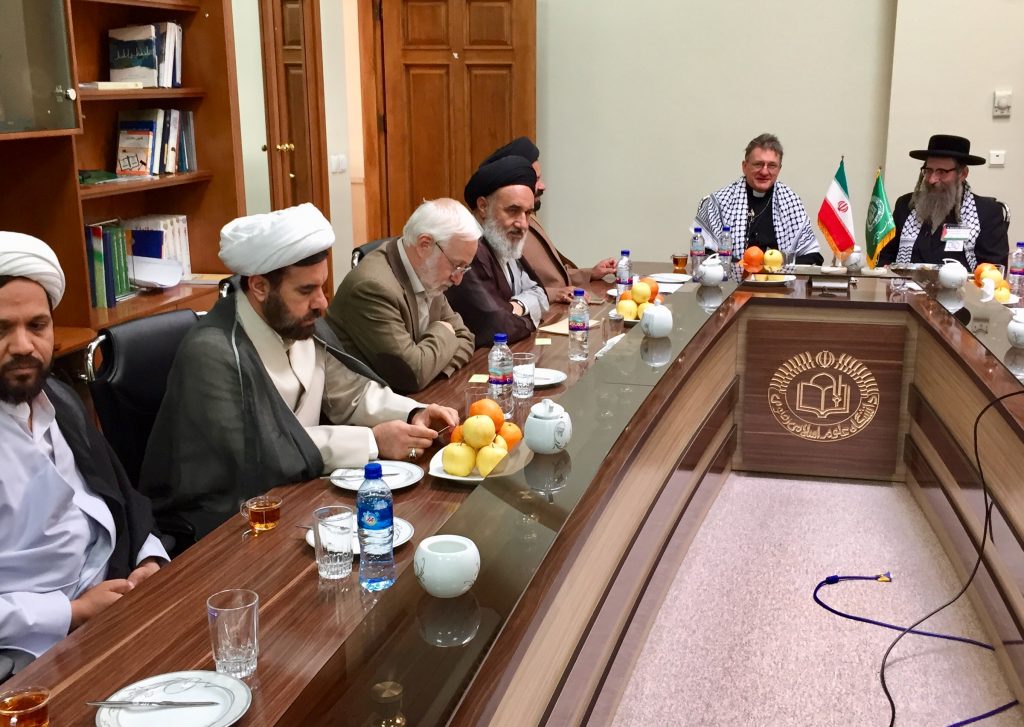 The relationship between the Christian faith and politics is not an easy topic for discussion, especially if we take our starting point from the Christian Scriptures – the New Testament.

Whereas both the other ‘religions of the book’ (Judaism and Islam) saw their sacred texts emerge in contexts where the faithful were in positions of political authority, the New Testament was written at a time when the church was a persecuted minority with no political power. Accordingly, while there is plenty of material in both the Jewish Scriptures and in the Qur’an that illustrates how a state should be run in accordance with religious principals, there is nothing comparable in the New Testament. On the contrary, the only references in the New Testament to political power, suggest that it is something that believers should avoid having any association with!

I suspect that the words of Jesus that most immediately come to mind when most Christians think about His relationship with politics is Jesus’ response to the question of whether his followers should pay taxes to the Roman occupying power. His response – “Render to Caesar the things that are Caesar’s; and to God the things that are God’s.” (Matthew 22:21) – suggests that God’s realm and the political realm are two separate spheres, and that one should not interfere with the other.

I do not doubt that verses like this have contributed to the current Western democratic dogma of the separation of church and state, and indeed that position is consistent with other statements attributed to Jesus, such as “my kingdom is not of this world” (John 18:36), which is, significantly, said to have occurred in conversation with the Roman procurator, Pontius Pilate – a man of considerable political authority.

Whether words such as these should be taken as forbidding Christian believers to seek positions of political authority, or whether Jesus was just trying to keep the spiritual and political sphere’s distinct is open to debate. What is less ambiguous is that Jesus had a concept of leadership that was distinct from the model displayed by the political leaders of his day.

“You know that those who are regarded as rulers of the Gentiles lord it over them, and their high officials exercise authority over them. It is not to be so with you. Instead, whoever wants to become great among you must be your servant” (Mark 10:42-43)

This command of Jesus is recorded in all three of the synoptic Gospels and is particularly significant for our purposes as it explicitly distinguishes between the accustomed way in which political power is exercised – where rulers ‘lord it over’ their people – and the form of authority that Jesus Himself modelled, which was an authority embodied in service to others.

Countries like mine still display the legacy of this teaching in the titles we bestow upon our political leaders. We refer to our governmental leaders as ‘ministers’, which means ‘servants’, and we refer to our most powerful political leader as the ‘Prime Minister’, meaning the first amongst servants. Even so, we don’t see a lot of servile behavior amongst the political leadership in my country. Regardless of the language, we lord it over each other just as well as ‘the gentiles’ of old ever did!

My reading of the New Testament, and of Jesus’ life as well as His teachings, is that institutional power was something that Jesus Himself deliberately avoided, and whether or not He would have explicitly discouraged his followers from seeking political office, I think it is beyond question that Jesus expected His followers not to use positions of authority, if they had them, to manipulate and exploit others.

This is obvious, and the other thing that is equally obvious is that the church throughout its history has paid scant attention to Jesus’ teaching on this subject! On the contrary, the church over the centuries has shown itself time and time again to be as power-hungry and as manipulative as any of its secular counter-parts.

My feeling is that Constantine’s victory at the Battle of Milvian Bridge in the year 312 was the beginning of the end for the church! This was the battle through which the Christian religion was elevated from being an illegal religious sect, undergoing regular persecution from the authorities, to being the official religion of the empire.

Prior to Milvian Bridge, if you were a Christian and you received a visit from the local authorities, it might have been to have you arrested and fed to the lions. If you received that visit after the victory of Constantine, it was probably because you were being offered a privileged position in the new government!

I’m not suggesting that it was a bad thing that the persecution stopped, but the power went to our heads! As Lord Acton rightly said, “all power tends to corrupt and absolute power corrupts absolutely”. The church became too powerful too quickly and fell subject to corruption. Tragically, nowhere has that corruption been more obvious in the history of the church than it its persecution of the other peoples of the book – in the appalling violence displayed to both Jews and Muslims.

Recognising the historic failure of the church to engage creatively in the political process, it remains to be asked what role the church should play in politics today.

A popular solution amongst Protestant churches is to have nothing to do with politics. This approach is grounded in the ‘two realms’ framework that I mentioned earlier, and I agree that it’s better for the church to have no involvement at all in things political if the alternative is another Crusade or Holocaust. Even so, I do believe that there is an alternative between these two extremes, and it’s found in the teachings of Jesus that I’ve already quoted: “whoever wants to become great among you must be your servant” (Mark 10:42-43)

If the church is to engage with the political process, we must do so out of a desire to serve those around us and, I think, we must operate as servants – in other words, from outside positions of institutionalized power.

We tend to assume that the only way to fight a corrupt power is with an equal power that is less corrupt. The problem, of course, is that all power does indeed tend to corrupt.

When I think of movements that have made for lasting and significant social change in the last century, three great movements come immediately to mind:

All three were profoundly peaceful revolutions that avoided the use of violence to achieve their political goals. All three movements were deeply grounded in religious ideals and were headed up by spiritual leaders who were servants to their people.

I do believe that today, if we are going to confront the dark forces that are currently threatening to tear our world to pieces, we need another spiritual revolution, led by spiritual men and women, using the non-violent weapons of prayer and self-sacrifice.

The proper path for the church, I believe, is clear. The problem is that it has always been clear and yet we, the church, have never had the courage to follow it! I suspect that if we are going to finally prove true to our calling at this late stage of human history, we will need the support of other peoples of faith – support from our Islamic and Jewish sisters and brothers most especially.

Together we can make a difference. Together, if we remain grounded in our spiritual ideals and open to each other in love, we can combat the forces that threaten to destroy humanity. We, the church, will never be able to erase our checkered history, but together I believe we can step forward into a better future.

Address given by Father Dave at Reza University, Mashad on May 14, 2018.

Preacher, Pugilist, Activist, Father of four
View all posts by Father Dave →
This entry was posted in Social Justice and tagged Christianity and politics, christians and politics, Father Dave. Bookmark the permalink.