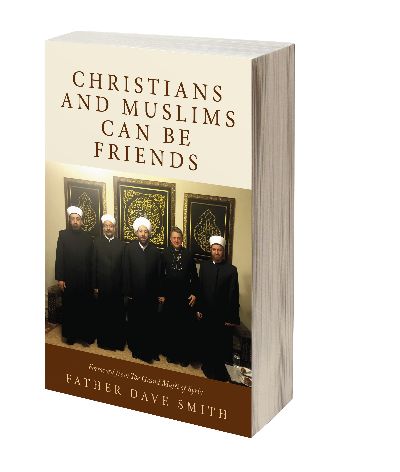 Father Dave Smith is back in the ring in his fight for social justice with a new book, Christians and Muslims can be friends, urging love, understanding and tolerance between the faiths.

For more than 30 years ‘Fighting Father Dave’, an Anglican priest and professional boxer in Sydney’s inner-west, has worked with at-risk youth, teaching boxing to young people with substance abuse or anger management issues.

Father Dave is also an outspoken fighter for human rights and has built strong ties with the Muslim community, in Australia and internationally. He counts among his friends Grand Muftis, sheikhs, Muslim politicians and sportspeople, as well as progressive Christian leaders.

Christians and Muslims can be friends will be officially launched on Saturday, 28 November 2020 when Father Dave goes a few rounds in the ring with his Muslim and Christian friends – Anthony Mundine, Billy Dib and Solomon Haumono.

In his book Father Dave explores the Christian Scriptures to show how Jesus taught his followers to move beyond an ‘us and them’ mentality to discover each other’s humanity.

“Christians and Muslims can be friends. I have no doubt about that, and every pew-warming Christian has an opportunity to gird up his or her loins to make a real difference,” Father Dave writes.

Federal Labor Leader Anthony Albanese, who is Father Dave’s local MP, said there had never been a more important time to nurture dialogue between religious groups.

“Thank you, Dave, for your book. I believe it will do much to generate understanding and mutual respect, and to build friendships,” Mr Albanese wrote in an endorsement.

Father Dave is the former parish priest of Holy Trinity Anglican Church in Dulwich Hill, Sydney, and has been nominated three times for Australian of the Year.

Christians and Muslims can be friends is available on amazon.com.au

Preacher, Pugilist, Activist, Father of four
View all posts by Father Dave →
This entry was posted in Press Clippings and tagged christians and muslims, Father Dave. Bookmark the permalink.