FATHER DAVE FIGHTS ANOTHER ROUND ON CANVAS

SHE may not have put the Rev Dave Smith on the canvas when she sparred with him in training at his Trinity Youth Fitness Centre at Dulwich Hill, but artist Filippa Buttitta’s portrait of Fighting Father Dave has done just that as an entry in the prestigious Archibald Prize.

Buttitta became interested in painting Mr Smith when she discovered he had a background in martial arts – they both share an interest in taekwondo, hapkido and boxing.

Apart from her work as an acclaimed artist, she has two black belts and trains at Father Dave’s Fight Club, in a temporary hall at the Salvation Army base in Dulwich Hill, following an arson attack last year that destroyed the boxing-martial arts club hall he used to support troubled youths.

Despite this setback, Mr Smith is determined to continue the Fighting the Good Fight campaign and to rebuild the gym.

Still Fighting, Buttitta’s Archibald painting of Fighting Father Dave was inspired by the loss of the Youth Fitness Centre.

Her Christian faith was invigorated after meeting Mr Smith and witnessing the Fighting Father’s work with young people and his inner west community. 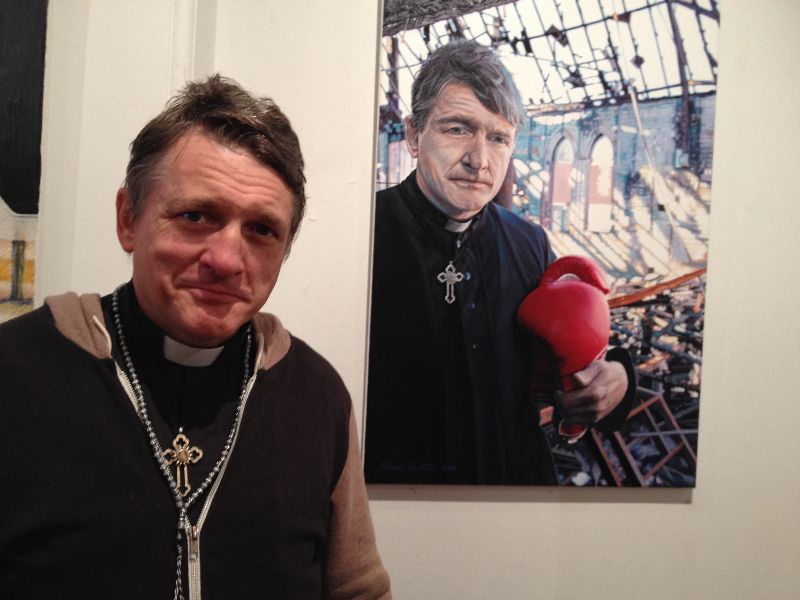