The Guardian meets the Fighting Father

I confess that I was a little ambivalent when I was first approached by a journalist from The Guardian, asking whether he could write a story about me. I said “does it matter that I’m a friend of Julian’s?” I was referring to Julian Assange, who I knew was not on good terms with The Guardian, but the journo didn’t pick up the reference and I didn’t push the point.

In truth, Johnny Drennan (the journo) turned out to be a terrific bloke! We spent some excellent time chatting and I even took him for a round on the pads. He obviously enjoyed that and made various promises about getting fit and joining our boxing club. I haven’t seen him since.

The only other regret I have from that meeting is that the bulk of what I said didn’t make it into the article. That’s par for the course, of course, except that I’d really hoped that this article would help spread the truth about Syria!

As I remember it, I talked a lot more about Syria and the work of Boxers for Peace than I did about myself. Even so, the article is a tribute to me and does little for the greater cause. I shouldn’t be ungrateful, of course, and I’m not. And this article did lead to an interview on BBC radio where I was able to talk about Syria. I’m still hoping that it might help land me a fight in the USA or UK too. 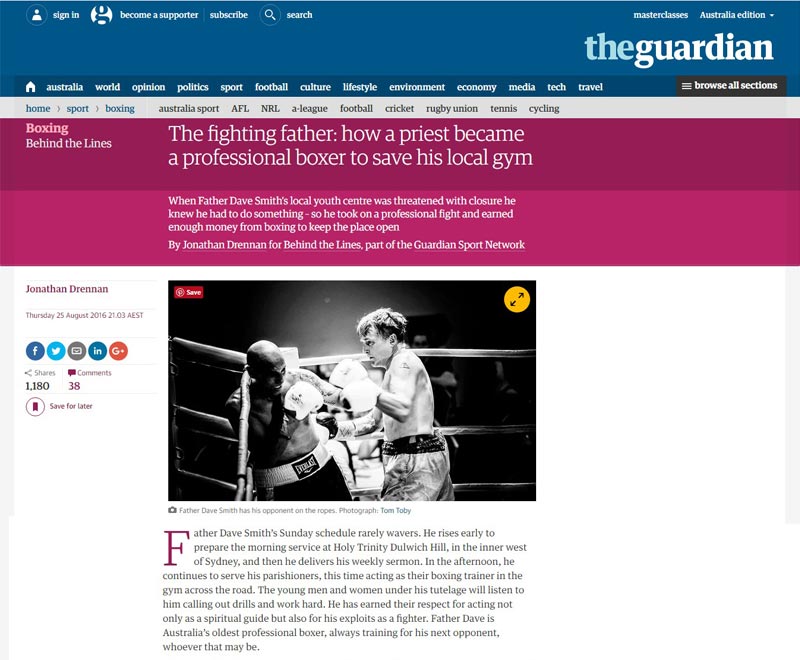 Preacher, Pugilist, Activist, Father of four
View all posts by Father Dave →
This entry was posted in Press Clippings. Bookmark the permalink.